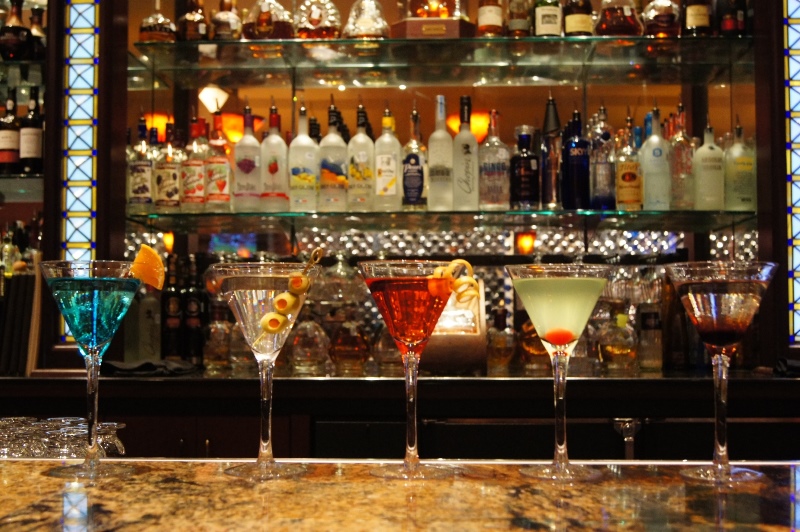 Here in San Antonio, we love Happy Hour. At Kirby’s Steakhouse, we relish the idea of sharing stories and appetizers over cocktails at the end of a long day. It’s so important to us, we even celebrate Happy Hour on Saturdays!

Some of our happiest moments of the week occur during Happy Hour, but our team was curious, where did it come from?

What is Happy Hour? 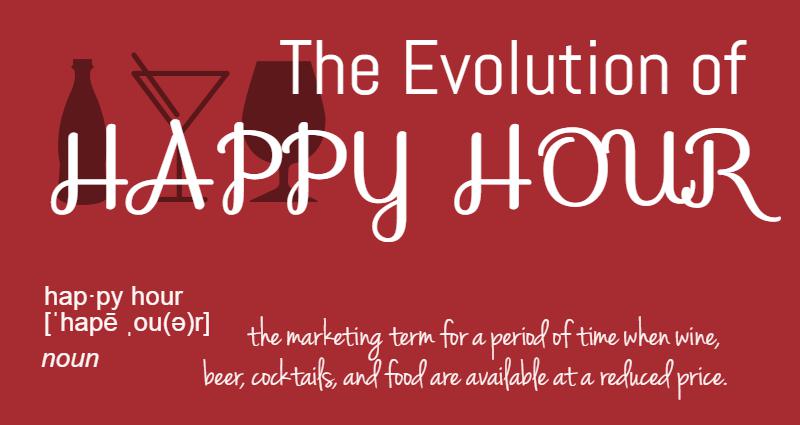 Happy hour is the marketing term for a period of time when wine, beer, and cocktails are available at reduced prices. Finding a Happy Hour to attend is as simple as checking information at your local restaurants, bars, bowling alleys, and stadiums.

Lasting more than one hour, Happy Hour may, in fact, be from 3-6 p.m. or 4-7 p.m. and generally happens on traditional work days. Many restaurants, bars, and lounges will offer free or reduced prices on appetizers and hors d’oeuvres, often selected from a special menu.

Modern day Happy Hours bring folks together. Whether gathering with friends from several industries across the city or co-workers stepping away from the cubicle–Happy Hours are a time to relax and enjoy time away from “the daily grind”.

Where did Happy Hour come from?

One theory suggests the modern Happy Hour spawned from a 19th-century French tradition of drinking Absinthe during the 5 o’clock hour. This became known as the l’heure verte, or the green hour. During this time you would see creatives, poets, and artists discussing politics, the arts, and current affairs while sipping the green drink in lounges across France. Later, those times became known as the “happy hour”, though, once again, there aren’t references to a reduction in prices.

Most American pop culture believes the term “happy hour” originated from the U.S. Navy. While not involving alcohol, the first references were for social clubs in use as early as the 1880s. The USS Arkansas began calling their morale boosting social events “Happy Hours” by June of 1913. Featuring wrestling, boxing, and moving pictures, the morale boost was unable to include alcohol as of June 1, 1914, when the Secretary of the Navy prohibited the introduction or use of it on ship or station.

But how did Navy socializing evolve into what we call our beloved, after-work Happy Hour? Well, Prohibition helped.

How did Prohibition Affect Happy Hour?

When the 18th Amendment put a damper on the production, sale, and transport of alcohol by making it illegal across the country, people, by necessity, became more creative about drinking. Speakeasies, or hidden, illegal drinking establishments, sprouted up in response to Prohibition.

Since no one was allowed a glass of wine or beer with dinner, often people would stop off at the local speakeasy for a drink before dinner. There they would spend a happy hour before dinner with friends, often enjoying newly popular cocktails, listening to jazz music, and rubbing elbows with people of both high and low standing in society.

It wasn’t long until the ill effects of Prohibition became clear and by 1933, the 21st Amendment was ratified and Prohibition on a Federal level ended. It wasn’t until 1966 that all states finally abandoned Prohibition.

When did Happy Hour become part of pop culture?

The Saturday Evening Post is often credited with helping Happy Hour make the leap into popular culture with a 1959 article. “Men Who Chase Missles” talked about the men who tracked missile launches on outposts at Cape Canaveral and discussed “men who spent too much at happy hour.”

During the 60s, restaurants and bars experimented seeing what advertisements would bring crowds flocking in for the after work Happy Hour. In a time when many businesses were known for more relaxed alcohol standards during the work day, Happy Hours were almost mandatory to be successful in some fields.

In the 70s, Happy Hours were still widely popular, but during the 80s, several states began to fight Happy Hour. In 1984, Massachusetts banned specific times of reduced price intoxicating beverages and several other states followed.

From the 80s on, many restaurants, bars, and lounges began to focus on food specials during Happy Hour instead.

Stop by Kirby’s Steakhouse and share a Happy Hour with us!

Did we mention we love our Happy Hour? We have one almost every day! Monday-Saturday you’ll find us from 4:30-7 p.m. ready for drinks, nibbles, and making memories.

With half-price appetizers, a selection of $5 and $8 martinis, some $5 wines by the stem, $2.50 bottled beers, $1 off draught beers, and $2 off all cocktails–there’s a little something for everyone. So bring your friends and if you decide to stay for dinner, you can simply snag a reservation online.

We’re looking forward to seeing you!