My first recollection  of a steak as a child was at Bonanza Steakhouse which are all closed now. Now that I think about it, was it even steak? I have been to all the mega chain steakhouses with Saltgrass being my favorite. My first time at The Old San Francisco Steakhouse is where I discovered the Filet Mignon and this has been my favorite steak ever since. My best Fliet Mignon was from The Grey Moss Inn but that was many moons ago. Even though Kirby’s is technically a chain, it feels like we have the only one in the country because there are only 3 and all of them are in the great state of Texas. I had no idea Kirby’s started in Dallas back in the 50’s with the San Antonio location being here only 9 years. 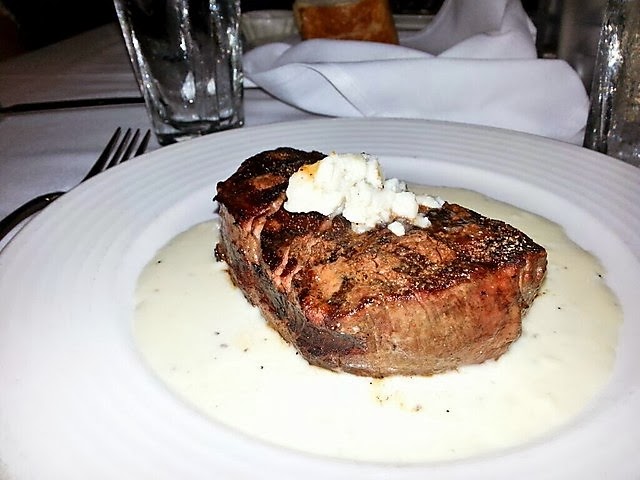 Roquefort Filet
The first impression you get walking into this place is elegance and the dim lighting really sets the mood. They start you off with bread which was warm and fresh. I ordered the 10 oz  Medium Roquefort Filet which is Blue ribbon Filet Mignon with Roquefort sauce….Roquefort is blue cheese from France and is a nice compliment to the tender, juicy steak. I got to say this may be the best steak I have ever had and I probably could have eaten two of them regardless of how I would feel afterwards 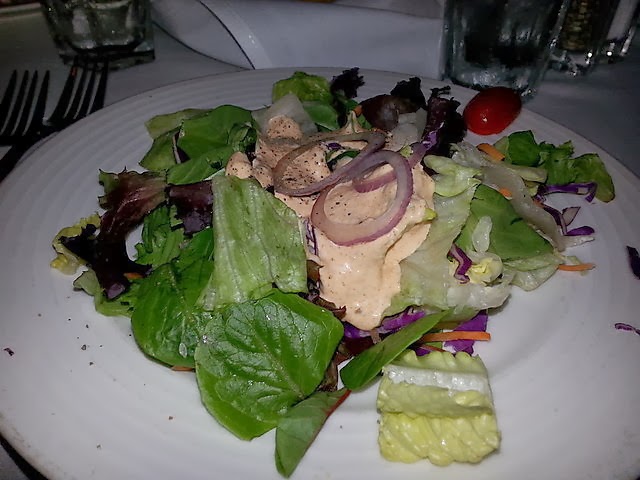 House Salad
You get a choice of salad or soup with your steak. I chose the house salad which has a special garlic butter dressing which I was told by our waiter is the same recipe since Kirby’s started in Dallas. This was a great start for the anticipation for my steak,  I would highly recommend this. 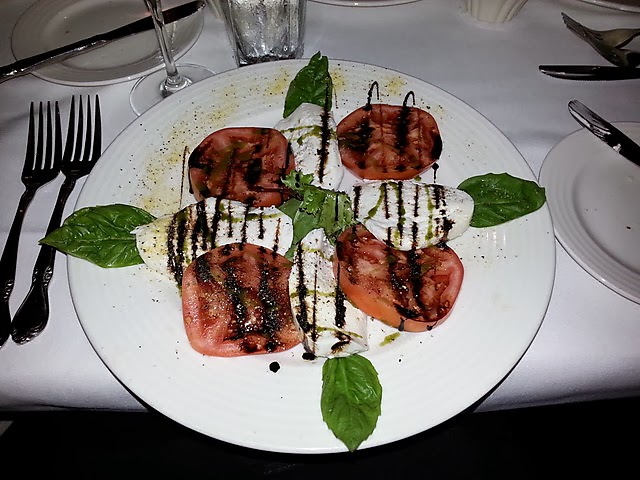 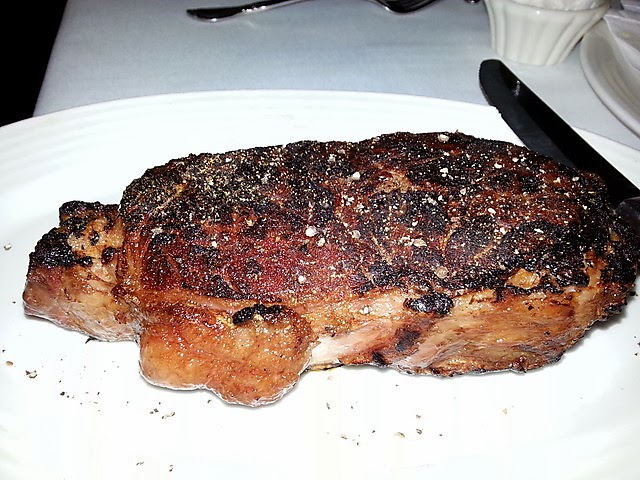 Caprese Salad and NY Strip Steak
I was able to try a couple more items on Kirby’s menu. One being their Caprese salad and their NY Strip steak cooked “Pittsburgh Style”. Their Caprese Salad may have been the best I have ever had. The mozzarella was perfect and the tomatoes were refreshing. Now if you go to a good steakhouse and order your steak “Pittsburgh Style” and the waiter doesn’t know what you mean, you are better off ordering something else then having to explain this to him or you’re not in a really “elite” steakhouse. Pittsburgh Style steak is charred on the outside and rare to medium-rare on the inside. This requires proper heat and good timing. I would have preferred this steak with the Roquefort sauce I got on my filet but that’s just my personal preference. My filet was amazing while this strip steak was great..Amazing > Great

Service and Ambiance
The dim lightening is nice but not too dark. I really didn’t have to use my flash on my camera but I did anyways for food detailing. They had someone playing jazz music which seem to fit nicely with the theme of Kirby’s. Our waiter David was on top of his game because before I came here I studied the history and menu items to see how knowledgeable the waitstaff were. David passed and added even more details about the food and Kirby’s. Very impressed with David and the water ninjas who kept our glasses full.  This is a must on your restaurant wishlist…Put Kirby’s on it! you wont be disappointed!

In Closing
I got to try out all this wonderful food without paying for it. Its not because I have this blog or use my Urbanspoon Prime status or try to be like one of those “Entitled Yelp Elites”.  Back in January during the “Ice Apocalypses”, I had stopped on 1604 to pick up someone who had spun out leaving his truck useless and tow trucks were not going to be able to get to him till the next morning. I took him home which took around 30 min and 3 days later I get a call from him stating his truck was totaled 30 minutes after I had picked him up by another car and that I could have possibly saved his life. Now if he had been sitting in his truck at this time he could have been killed or in the hospital. He said I want to treat you and your girlfriend to a nice steak to say thanks. Good things do happen to good people. Not only did I get a nice streak dinner, I could have possible made a life long friend in the process which is much better than a steak any day